I get stuck sometimes. Don't we all? Sometimes it's a small thing and sometimes, like this time, it's a really big thing. Usually, I can coach myself or I reach out for help and get someone else to coach me through my problems. This time I have been monumentally stuck about creating a website for my new business - this business and this actual website. I started on this thing way back in February. I had some ideas. I had some images. And then I had a whole lotta "shoulds". I should have a separate phone number, I should have a paypal account, I should be able to clearly explain what coaching is, it should be professional, I should have a clear niche, it should appeal to .............. blah, blah, blah.

I "should" have stopped when I realized I was should-ing all over myself. Shoulds have nothing to do with what I actually want, but it can be tricky to notice especially since in this context I was really making those shoulds into "musts". Because obviously if I'm starting a new business all those things listed above were musts. "Everybody" says so. I really shoulda gotten some coaching to help me with this stuff cause the minute I started quoting "everybody" I was clearly no longer listening to myself. But all my coaching pals were in the same stage of trying to get a business off the ground as I was and it felt like there were a lot of shoulds and musts going around. It all just seemed too much and although I've run a business before, I felt as though I just could not figure out what shape I wanted this thing to take or what kind of help to ask for. 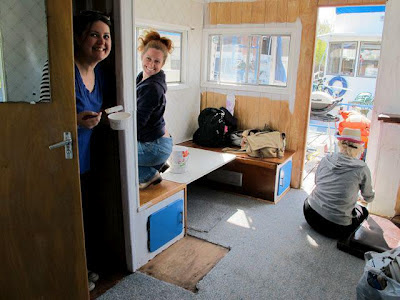 So I got busy with other things. I went back to work cause I wasn't making any money (since I hadn't actually started my business). And then I had the wonderful fortune of acquiring a boat - YAY! What a spectacular distraction! I was loving working on renovating and redecorating the boat. It was a real concrete problem that I actually already knew how to work on and conquer. I can paint! I can sew! I can buy cute stuff on ebay!!! There was even a deadline for getting things done in time to enjoy the nice weather. And I was telling myself that I didn't know enough, I hadn't figured stuff out enough to solve my business problem. I mean if I did, I'd just do it, right? Ahem ...

As the boat projects got checked-off and my day job started to wind down I realized that I needed to create some space for some new ideas to come to me about creating my business. I actually had a few clients, so I was already doing it! I decided to take the month of August off to give myself the time to figure out this problem. I rested, I relaxed, I slept on the beach with my new love, I recharged. 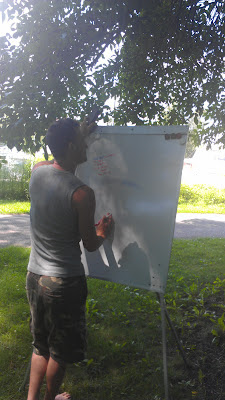 Then last Monday, Perry asked me to coach him because he was stuck. Perry and I are very old friends who coach each other in our different areas of expertise - he helped me start my first business - and I do a lot of spot coaching with Perry, but he and I both knew that this particular stuck-ness required more attention. So we convened a session under the trees and got to work. Of course what we discussed was equally true for me as it was for him, which is this:

Telling yourself that you should do something you don't want to do is a recipe for inaction at best and failure at worst. He was telling himself he has to sell his book. I was telling myself I had to create something I didn't understand. We were both doing nothing - check.

Success and energy comes from doing the things you really want to do. Perry wants to connect and make movies and share the fun stuff he's doing. I want to share the magical things that have happened in my life since I stopped believing most of the bullshit I used to think was true and got serious about being happy. So much of what I learned was from other people's stories and real experiences and I've got some good ones of my own!

You already have all the tools to do whatever it is that you need to do next. Perry is extremely tech savy, he's actually been a director many times, he loves gadgets and he's always doing cool stuff - all he has to do is film it. I already know how to create and write a blog, I just need a new one.

So right then and there Perry decided we should film what we were talking about so we could both share it. He put it up the next day:

And just one week later ... welcome to my new blog & business page!! 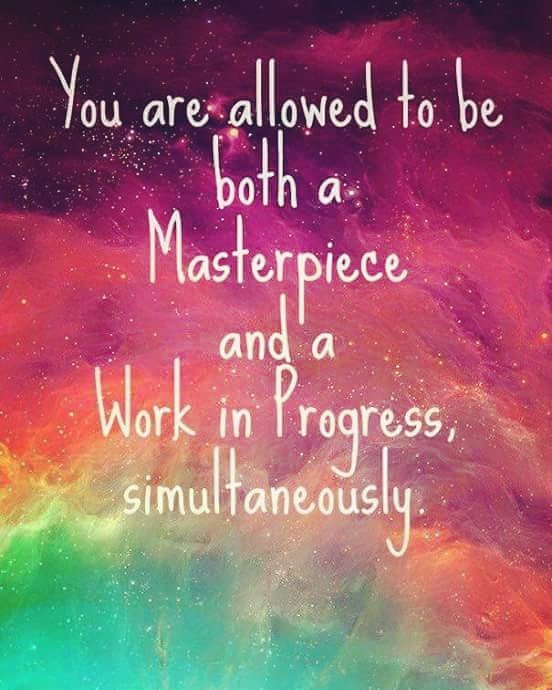 I want to help you re-connect with your power, ignite your joy, and make your dreams come true! CONTACT ME: Jessica (at) jessica jenkins (dot) ca